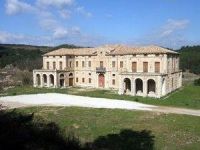 of RICCARDO CACCAMO
ENNA. Combining art and traditions through music and launch a message of social conscience on important current issues such as labor, immigration and many other battles of humanity. This is what we propose to do the managers of " Valguarnera.com " and " Radio Valguarnera," organizers of the " Ennese May Day ", the day / event to be held on the feast of workers within the global mining park Floristella, one of the most important sites of industrial archeology in Sicily but there is still little known by the same Enna. The idea is to create a well in the South of the South " concert" along the lines of that of Rome, but while remaining faithful to the history and traditions that relate to the world of local labor. And so location could not be better choice than the former mining site Floristella " outpost " of the struggles waged by " surfarara " for their emancipation to claim rights in the workplace. But for the organizers of the concert also has the ambition to give emerging artists the opportunity to express themselves and independent of promoting their activities in the morning and will be preceded by discussions between the various parties involved in the project which will address topics such as the history of the site mining Floristella since the seventeenth century, and its value to the family Pennisi, owner of the mine site and how this has influenced the local history. The morning will conclude with the celebration of Holy Mass in the chapel inside the palace Pennisi which will be open to visitors for the day and used as a location for photographic and painting exhibitions by young local artists. Some areas of the charming building will be used by local cultural associations and voluntary organizations that have joined the project. From 16 on the stage set up on the big square in front of the building start to the afternoon non-stop music. Each artist or group will have a limited time to the performance of 4-5 songs, so as to give the opportunity for everyone to be able to perform. There will also be a "Special Guest" of a famous musical artist of national calibration. At the royal box will add, however, that even "virtual" because the whole concert will be broadcast on radio streaming audio on the web valguarnera bringing in live concert, new trends in music of the south. For all those who come to follow the concert and dining areas provided for children and their families.